Datanodes were equippable stat boosters in Blacklight: Retribution. They are no longer available in-game.

With the release of the Parity Patch allDatanodes and the Datanode Chance Packs have been removed from the game. See below for information on Datanodes when they were available in-game.

Datanodes are equippable items that boost your character's stats for a set period of time and can be received in the Datanode Chance Packs. 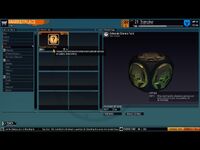 Datanode chance pack
Add a photo to this gallery

Retrieved from "https://blacklight.fandom.com/wiki/Datanode?oldid=18403"
Community content is available under CC-BY-SA unless otherwise noted.